Brian McCarthy Contractors have commenced the construction on Blackfen School for Girls in Sidcup to provide new performing art space with ancillary rooms and a new visual impairment facility.

The London office of Brian McCarthy Contractors signed construction contracts with Hillingdon Borough Council in March for a new development on council property. Work is expected to commence on site the first week of April.

Brian McCarthy Contractors commenced the construction of a new Garda Headquarters on Tralee Road, Castleisland, Co. Kerry in August 2010. The building is predominately a two storey structure with a building area of circa 1,640 square metres including the station building and associated stores on a site of 0.352 hectares. The site had a previous industrial use and is situated on a busy road with three neighbouring boundary interfaces.

Brian McCarthy Contractors were the Main Contractors for this development which was officially opened in July.

The new courthouse is described by District Court President, Judge Miriam Malone as, “both pleasing on the eye and complimentary of the heritage and antiquity around us. It pays tribute both to the essence and importance of the law in our lives, and to the excellence of the design and construction efforts which brought it to fruition”.

New courthouse
It is central to a new civic precinct which will reinvigorate the cultural and civic life of Kilmallock when combined with access to civil administration facilities (the local authority area office and the branch library). The excellence of the design has already been recognised in the recent RIAI Award for ‘Best Public Building’.

Works on the courthouse
As nothing of the original interior remained, the building was stripped to form a great double-height hall as a new entrance.

The courtroom, accessed via a lobby which allows views to the garden beyond, is walnut-panelled in contrast to the cool entrance hall. This space, with its dark furnishings and filtered light, is in the tradition of Irish courtrooms dating from the 19th century. A suite of private meeting rooms and accommodation for legal practitioners and their clients are accessed from the entrance hall. This emphasises the Courts Service commitment to the dignity and privacy of those who attend at court. Secure, independent access is provided from the rear for prisoners, whilst the judge’s chambers, is also independently accessed.

Environment and Energy
All spaces in the complex are day-lit, with the use of diverse techniques to introduce natural lighting. Ceiling heights are generous, increasing daylight penetration throughout. Wall and ceilings are further used to reflect light within the building.

The artificial lighting is photo-controlled, responding to internal lighting levels by automatically dimming. It is also activated by occupant movement which further increases energy efficiency.

The building is constructed using a concrete by-product of the steel industry, reducing the carbon footprint of the project. High levels of external insulation combined with a strategic use of glass reduce heat loss and maximise passive solar gains. Use of indigenous materials including local stone reduced the energy used in the transportation of materials.

A biomass wood-pellet boiler is supplemented by solar panels for heat and hot water requirements. An array of photovoltaic panels, laid out on south-facing roofs, provide electricity for use in the building, with the excess being sold back to the national grid.

It is estimated there will be a 45% reduction in carbon emissions achieved through these measures.

Universal access
The new buildings in Kilmallock are the main point of contact between the community and public service providers in the district. As such, they cater for people of diverse needs and abilities. The principle of ‘Access for All’ is fundamental to the service provision of the Courts Service. In this regard the Service is very pleased that Kilmallock courthouse is already acknowledged as a great public building.

Access here is achieved through the strategy of placing all accommodation at ground level thus minimising and, where possible, eliminating all changes in level throughout the project. This has been matched with an uncluttered and well planned public space, layout and furnishing.

In June 2010 , McCarthy Contractors started work on a project for Adhesive Research Ireland.The development consists of a 900m2 single storey office extension to a research and development facility in the Raheen Industrial Estate in Limerick. Brian McCarthy Contractors promoted and managed the substitution of precast concrete panels for blockwork which gave our client more programme certainty and also shortened the construction time.

Work commenced in March on the provision of a new Endoscopy Suite at Nenagh General Hospital. The project involves refurbishment works to the first floor of the southern block of the existing hospital. Brian McCarthy Contractors will also provide and install new roof mounted air handling equipment to serve this new unit and adapt the first floor store to provide access onto the roof.

The adjacent ward on the first floor is to be refurbished to provide a 6 bed ward complete with modification of both the mechanical and electrical installations.The project will also involve some minor external work.

Brian McCarthy Contractors were the Main Contractors on the recently commissioned Tourism & Leisure Education building at Waterford Institute of Technology which has won an award in recognition of the design concepts applied to minimise the building’s environmental impact.

The Republic of Ireland region of the Chartered Institution of Building Services Engineers (CIBSE) has presented its sustainable building services design award to the Institute for the 7,660-sq m building at the western end of the Institute’s main campus.

Designed by A&D Wejchert & Partners Architects who have also been responsible for a number of other landmark buildings at the same campus, the building makes effective use of solar shading, natural ventilation and daylight and automatic light controls to minimise energy use and light and heat loss.

In addition, energy efficient equipment is used throughout while the building’s concrete thermal mass helps to naturally cool it. The combination of these and other innovations removes the need for energy intensive air conditioning and provides a considerably better working environment for students and staff.

Kitchens where professional cookery classes are provided have been located on lower floors of the building with low level air supply helping to minimise energy consumption and heat generation. The building’s ‘kitchen of the future’ allows students to learn how to best apply low energy cooking methods. With a high level of air-tightness, the kitchens also have a new type of ventilation system.

In November, Brian McCarthy Contractors were granted planning permission on their site on the Dublin Road in Fermoy, Co.Cork, for the construction of an 18,500 sq ft discount food store together with an ancillary 8,100sq ft of commercial space.

This project involves the construction of a new extension to the Operating Department which is situated overhead a functioning dialysis unit. In parallel there will be an extension to the dialysis unit and a new ventilation system installed there. The location for the works is almost completely surrounded by the live hospital and the project duration is 22 weeks incorporating 3 phases.

The works require a high level of care and attention because of ‘at risk’ patients and sterile zones within the vicinity of the construction operations. 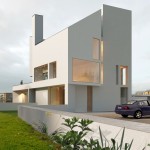 Work has just commenced on the site of the new President’s House on the UL campus. The development consists of a 3 storey building with a total floor area of 460m². The house will be completed to a high level of finishes and to a strict air tightness specification. 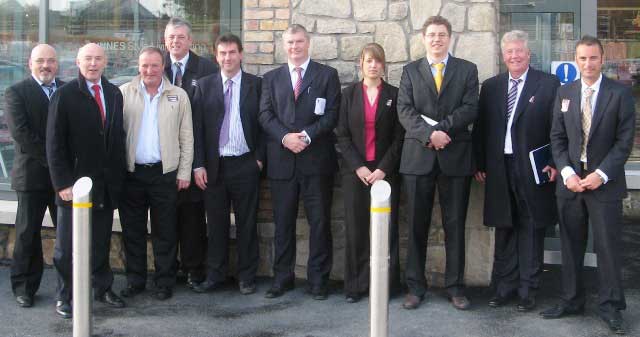 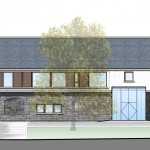 Brian McCarthy Contractors commenced the construction of this new convent building for the Sisters of the Ursuline Convent in Thurles, Co. Tipperary in late October. This new building, on the banks of the river Suir, will provide bedrooms, recreational areas, prayer rooms, offices and meeting rooms for the Sisters. The building is 1400m² over two storeys and the main features of the building will be an enclosed cloistered courtyard and an oratory which is a split circle on plan and which takes its roof profile from a parabolic curve. 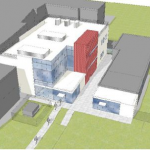 Work commenced on the site of the new PET Scanner building in October. This project comprises the construction of a diagnostic and treatment facility for the Health Service Executive incorporating a PET scan unit to be located at Cork University Hospital. The works are being carried out within a live acute Hospital site and involve both phased possession and phased handovers. 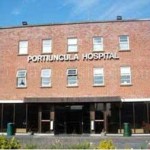 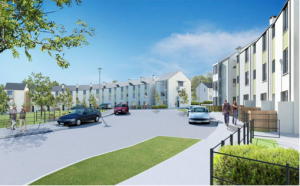 The construction of this new residential development began in July 2008 in Mallow, Co. Cork. This project consists of the provision of 213 residential units comprising of 189 houses and 24 apartments. These units have all been designed to meet high energy efficient standards incorporating natural lighting, high-efficiency windows and insulation in walls, ceilings and floors.The 7 hectare development also includes the construction of a Creche / Community Hall, football pitches and children’s play grounds and is due to be completed in 2011.

Ciaran Timpson received the coveted student of the year award for Quantity Surveying from LIT. Ciaran has been working for Brian McCarthy Contractors on his placement year from LIT and will be returning to LIT to resume his studies. 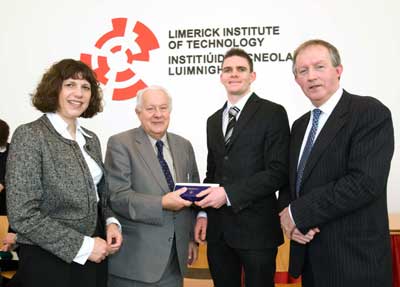